The concept of a solar paint is not new as it has been discussed since at least 2005. However researchers are getting closer to turning it into reality.

The concept of incorporating solar cells into standard building materials such as roof panels, windows and exterior walls is also getting closer. These panels would be cheaper and more widely available than the purpose-built silicon based solar cells. The lower efficiency would be offset by the huge areas involved in using the roof, windows or external walls for solar collection.

Professor Paul Dastoor from the University of Newcastle in Australia has been developing completely printable ultra-thin organic solar cells based on semiconducting polymer nanoparticles that can be dispersed in water. When these tiny particles are kept in suspension the mixture resembles a water-based paint, which can be coated or even printed on the surface of very large surfaces such as roofs or walls. Initially these coatings will be developed as thin plastic sheets that can be attached to the roof of a house. However, eventually it should be possible to directly paint this material onto a roof, cladding material or building surface. 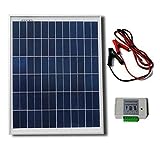 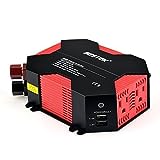 Another concept for “electric paint’ is being developed by Dr Dave Worsley at the University’s School of Engineering of Swansea University, UK. The solar paint is bonded directed into steel sheets by passing it through rollers during the last phases of the construction process. Eventually it will be possible to ‘build up’ the solar cell as layers of paint applied to an external surface. The objective is to develop a method for incorporating the photovoltaic material into steel sheets used to clad new buildings. The low efficiency would be offset by the huge areas involved (the entire outside of the building) and very low price.

Other research is concentrated on harvesting infrared (IR) emission, which comprises about half of the power available from sunlight. IR is re-emitted by the Earth’s surface when the sun has set, meaning that the solar collectors could still work to produce some power even at night. Laboratory tests have shown that, under perfect situation, the antennas can collect up to 84 percent of incoming photons. Novack’s group calculates that an entire scheme would have a general efficiency of about 46 per cent; almost double than of the most efficient silicon solar cells at about 25 per cent.

Dye-sensitive solar paint is another concept in the development stage, based on dye-sensitive materials rather than silicon, offering considerable cost savings. instead of absorbing sunlight utilising silicon it uses dyestuff substances adhered to the particles of the titanium dioxide pigment. Light striking the dyestuff, causes the electrons to be ‘activated’ and they leap from the dyestuff into the layer of electrolyte.

The power generated from the triggered electrons is then moved to an assembling circuit before the electrons return to the dyestuff, thereby completing the cycle. Some researchers investigators are experimenting with food based organic dyes.

In the system the dyestuff is put on conductive glass that is coated with a thin-film of titanium dioxide (a common ingredient in paint). This binds the dye to the glass. The manufacturing process would be straightforward with the film applied directed to the steel cladding sheets.

The solar cells would be constructed up a series of layers. The first layer would be a coating of conventional paint applied to the steel. Next is the electrolyte layer and then the dye layers and the last layer is a clear protective film to complete the process. This expertise could eventually be incorporated into the steel cladding manufacturing process to greatly reduce costs.

The benefit of this expertise will be its reduced cost and its simple manufacturing process. Even though the solar paint will be far less effective than conventional solar panels, its competitive advantage lies in its low cost.

The Solar Cells for Life assembly in Victoria, Australia, is made up of commerce partners that include: Monash University, University of Melbourne, Bluescope Steel, CSIRO, Innovia Films, Robert Bosh and Securency International. The assembly is evolving a printable light sensitive ink that can convert the power of sunlight into electrical power.

This means that simple solar units that can be mass-produced at very low cost. The developers believe that this expertise, when commercialised, will to lead to considerable decreases in the cost of making solar units, thus making solar power even more appealing for the customer. The assembly has attracted major funding from the Victorian Government and other investors.

Every house and most rooms have at least one window, so why not turn every window into a clear energy-collecting solar panel? A Norwegian business, EnSol, has patented a spray-on film that turns windows into active solar panels. The spray-on film collect solar power because it is made from metal nanoparticles. Eventually this spray-on film could even be applied directly to the construction cladding components, as well as the windows.

In a similar concept for using windows and glass, the Australian Company, ‘Dyesol’ has developed expertise based on the DSC, a 3rd generation photovoltaic technology. The DSC expertise resembles ‘artificial photosynthesis’, utilising an electrolyte, a layer of titania (a pigment utilised in white tints and also in toothpastes) and ruthenium dyestuff sandwiched between glass layers. Light hitting the dyestuff stimulates electrons which are soaked up by the titania to become an electric current. Compared to accepted silicon founded photovoltaic expertise,

Dyesol’s technology has the advantages of much lower cost and can be incorporated during the manufacture of the glass. It produces electricity efficiently, even in low light conditions. The benefits of DSC expertise are:

► Generates power over a wide range of light conditions

► Much less affected by shadowing

► Option for clear modules – allowing a wide range of applications

► Truly bifacial – soaks up light from both faces – can be inverted

► DSC power can be magnified by tandem and optical methods without use of concentrators.

NextGen Solar will use nanoscale solar “paint” expertise invented by Argonne National Laboratory, with the aim of reducing costs while improving efficiency compared with thin-film photovoltaic materials. The National Renewable Energy Laboratory is currently working on a silicon-based solar ink, and The University of Texas is also developing spray-on solar cells. These solar paints can be applied to many types of building cladding surfaces, including windows and roofs. It can be applied like paint, then dries-out to form a microscopic pattern of interconnected solar cells. If the task succeeds solar paint and other types of low-cost solar power will have a major influence on energy sources and greenhouse gases.

This method utilises the alteration of the silicon form from solid into a fluid. The method takes minute silicon particles, in the form of a powder called “nano-crystals” and chemically liquefies it into ink. The substance can be utilised in a normal inkjet printer and solar units can be applied to any surface. This is a major development because it means that the paint can be applied to almost any exterior surface turning it into a solar cell. Adding the silicon paint to the roof may reduce the cost of solar generation by a factor of 10 fold.